The story behind Greek jewelry house Zolotas spans over a century. During the early years, Zolotas gained a distinguished clientele consisting of local jet-setters, from the Greek royal family to wealthy businessmen. Zolotas pieces were proudly worn by some of the most powerful people in the country and remain in the jewelry vanguard with updated versions of the classics, dinstinguished by their trademark ancient Greek charm. 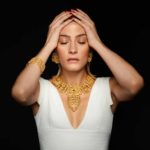 Share No Comment
Outstand Communications
© 2021, Outstand. All rights reserved.
Designed by Chris Ouzounis. Developed by Andreas Andreou.
We use cookies to ensure that we give you the best experience on our website.OKLearn more >